A Levantamiento is the process of measuring a site or a place, generally with the intent of ‘understanding it,’ in order to update its documentation or otherwise prepare for an intervention into that space. 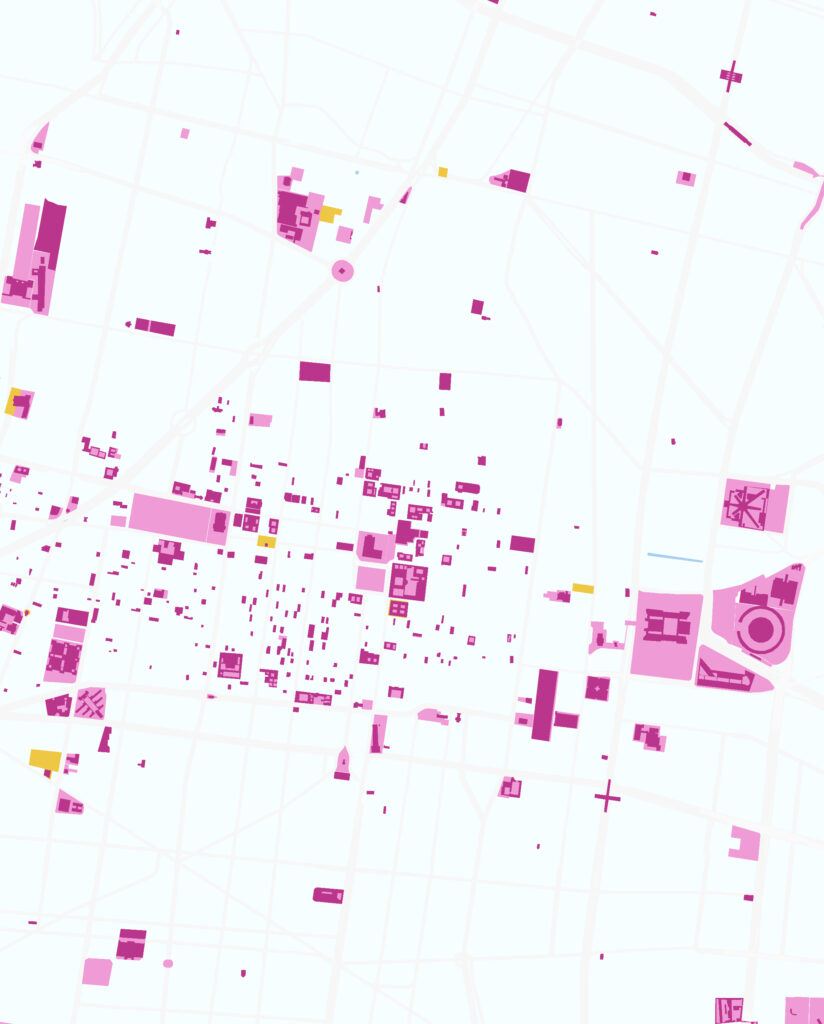 El Levantamiento Capitalino began in April of 2018, taking the city-building video game Cities Skylines (developed by Colossal Order and published by Paradox Interactive in March 2015) as a platform for examining and documenting the urban environment of Mexico City. The project arose out of a consideration of the cultural and aesthetic tendencies of city-building video games and provides an opportunity to use the platform as a tool for architectural & urban preservation, education, and dissemination.

The project will culminate in an interactive website documenting aspects of this research accompanied by a bi-lingual online database/mini-encyclopedia on architecture and urbanism in Mexico City. It will also  include the release of ~600 free digital models for use in City Skylines covering México-Tenochtitlán and Modern day Mexico City, featuring flora and fauna, urban fixtures and vehicles, as well vernacular architecture and monuments or sites of interest.

The project will be launched through 2022, beginning in late October/early November of 2021 at the end of both the Septicentennial of the lunar founding of México-Tenochtitlán and the Quincentennial commemoration of its fall in 1521.

This project is a collaboration with Daniel Aguado Hernández, and we acknowledge the support of the Canada Council for the Arts which makes this project possible.